The story of our company began in Bologna in 1945 when its founder, Mario Chiodini, transformed a family-run business into an industrial reality capable of gaining major market shares around the world and acquiring noted long-standing brands on the Italian industrial scene. These are our origins and our traditions...

1945La Minerva di Chiodini Mario was founded by Mario Chiodini in Bologna, a city traditionally renowned for mechanical and motoring expertise. A mechanic, blacksmith, artist and inventor, he named the company Minerva after the goddess of intelligence: as he said, “There can be no business without intelligence….”

Mario Chiodini first set up in Via dal Parco producing catering equipment, immediately offering a high quality range with an excellent quality/price/duration ratio. Determined and entrepreneurial, he was joined by his wife Maria and their daughter Franca Chiodini, a promising young tennis player and the company's current muse.

1952Italy slowly begins its economic recovery following the Second World War. Minerva needs new premises. Larger and more suitable headquarters are located nearby. Hand-drawn carts are used to make the move. Commercial expectations are high, because the first signs of what would become the “economic miracle” are already visible.

Minerva's reliable new products are soon recognised in Italy and abroad. The company begins exporting and attending trade shows around the world. Mario Chiodini, with his workforce, continues to grow the business, teaching mechanics to unemployed youngsters on the lookout for work. Some of them work for Minerva for decades until retirement; others go on to set up their own businesses. But all acknowledge Mario as being a great mentor. The team is joined by Franca's husband, Franco Salati, who takes charge of administration.

1960 - 1962Rapid economic expansion changes the lives and habits of the population at all social levels. Businesses also change. The first supermarkets open, while small retailers such as butchers and delicatessens strive to improve relations with their customers. La Minerva needs new premises and new machines in order to produce more quickly and cope with the rising demand for equipment and machines for processing meat and other food. It moves to new headquarters in Via Massarenti, logistically closer to the Bologna ring road, where it stays until 2003.

THE '80SLa Minerva di Chiodini Mario grows. Franca and her husband Franco are joined by their daughter Elisabetta and sons Andrea and Daniele, with a variety of duties and skills.

The company moves towards a new and constant transformation process with the purchase of modern new numerical control machine tools and the design of new types of systems.
The first refrigerated mincer is created with consumers' health in mind.

2000 - 2006Strong entrepreneurial leadership and a market-led managerial mindset lead La Minerva to acquire and incorporate several competitors: first Artex of Bologna, then Omega, the owner of other long-standing and globally renowned brands such as CEG, General Machine, Regina, and Suprema.

TODAYLa Minerva's acquisition of the Omega brand and associated company, specialised in manual and automatic mincers and slicers, has brought a dual-purpose process to a close: on the one hand, to save a long-standing brand with a strong presence and recognisability in Italy and abroad, and on the other to complete the range of La Minerva machines and give a renewed boost to the brand, thanks to the strong commercial links with Europe and the wider world.

This year La Minerva is celebrating 70 years in business (read ››) 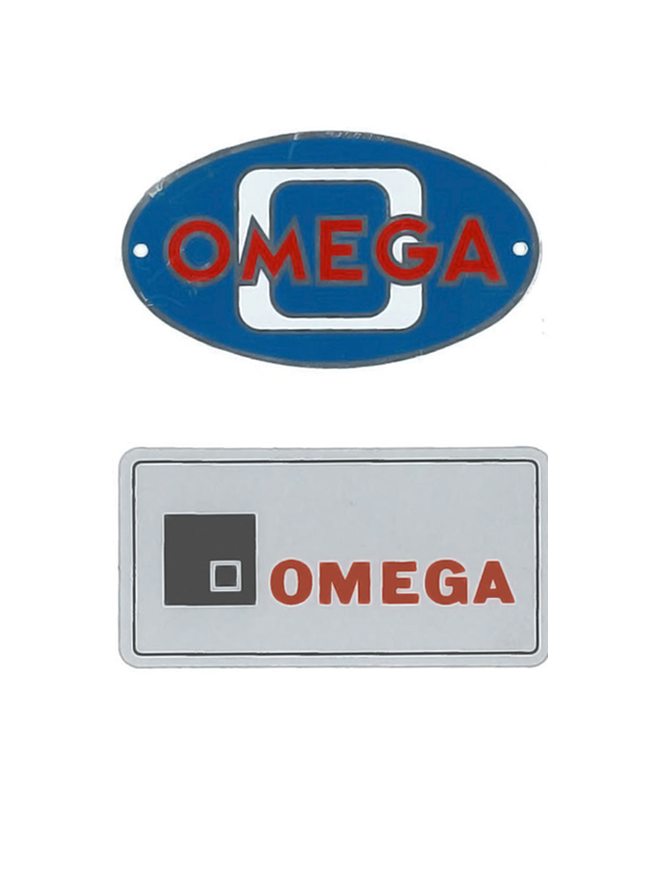 1928The balances and slicers manufacturer, named “Giuseppe Ambrosetti”, is set up in Gallarate outside Varese. Despite the difficult pre-war times, the company grows and develops over time.

The '60sThe range of slicers is expanded with 10 new professional and innovative electric gravity and vertical slicers, capable of meeting the demands of small shops, communities, refectories, industries and supermarkets. The company is in full expansion and begins to focus on the design of new electronic technology of the '60s.

1970-1980Omega is a modern industry employing over 150 people. In Italy Omega has over 100 points of sale with dealers in every region. Exports rise dramatically to over 30 countries, obtaining the necessary certification to sell in countries such as Germany, United States and Canada.

The '90sOmega incorporates CEG, founded by Messrs Macchi and Piantanida in 1956 in Cardano al Campo, Varese, specialising in the production of food machines, and further extends its range with new machine models specific for the food sector such as potato peelers, coffee grinders, cheese graters and vacuum packing machines.
In subsequent years, due to the worsening economic and political crisis in Italy, structural and management issues result in sales and acquisitions.

2006La Minerva di Chiodini Mario acquires and incorporates Omega and CEG. With the introduction of new organisational, production and commercial strategies, the company protects the jobs and skills consolidated in the production of electric slicers, helping give a renewed boost to the brand. With this incorporation, Minerva Omega Group is born.

It is over 50 years ago that the founders first ventured into the balances sector by setting up Omega in the province of Varese. Subsequently, in collaboration with CEG, founded by Messrs Macchi and Piantanida in 1956, Omega broadened its range of machines for the food sector by adding a line of high-end professional electric and automatic slicers, countertop and meat room mincers, bone saws, vegetable processors, cheese graters, etc. The two brands, particularly well known and admired in Italy and abroad, also obtained the necessary certification for selling in countries such as Germany, United States and Canada. In 2006 Omega and CEG were acquired by La Minerva di Chiodini Mario, which helped give a renewed boost to the brands with its new organisational, productive and commercial strategies.

A strongly traditional company founded in 1939, in Oggiona Santo Stefano outside Varese, Suprema first specialised in manufacturing balances, platform and balance scales, before moving into the more advanced electromechanical and electronic field, with particular reference to the national market of small retail stores. In the 2000s it acquired the Regina brand, which makes slicers, thus broadening its product range. In 2006 Suprema was acquired by La Minerva.

Founded in the ‘70s, in the business district outside Varese, it produces a vast range of slicers.

Founded in Cassano Magnano outside Varese in 1979, it produces slicers, mincers and other food processing equipment and is well known in Italy and abroad. It was acquired by La Minerva in 2006.

ARSA was founded in 1955 in Oggiona S. Stefano, a small village outside Varese, as a manufacturer of mechanical weighing scales.

In 1981 it also began producing slicers for domestic and professional use.

Thanks to high quality standards, which are recognised and certified by major bodies, and its reliability and professionalism, its products are sold successfully around the world.

The company's glorious past will now continue as part of the Minerva Omega Group, which has acquired the brand.

Throughout our 75 years in business, our machines have earned themselves a high-profile spot on the international market for manufacturing quality and safety. In this section, you can take a virtual tour of the various departments at our production facility.

Use the plan view to discover our organisation and our production 4.0 Enter ››

All right reserved. It is expressly forbidden to reproduce all or part of the contents of this website without express written authorization from Minerva Omega Group.